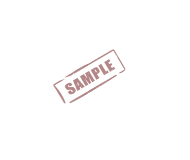 The objectives of this meeting is to address the various approaches and methods used to predict and manage on Typhoon and flood disaster during recent years. It will contribute to exchanging advanced experiences in the areas of integrated flood management and implementation. By sharing of new, innovative developments in Typhoon(Hurricane) and flood risk reduction methodologies especially in large urban areas, we will explore countermeasures to sustain balance between structural and nonstructural approaches.
The major outcomes are expected as follows.